This is the place in the Developer Portal for setting up and managing achievements implemented with the GOG GALAXY SDK in your game. You can add new achievements and their icons or edit/remove existing ones. It is also possible to upload a VDF file imported from Steam, as well as define different achievement names and descriptions based on a chosen game language (localization) or set all achievements as visible or not.

To add a new achievement:

It’s done exactly as with adding a new achievement, only without steps #1 and #5, obviously.

After you have deleted an achievement by clicking the red Remove button and confirming the operation, please make sure to click the green Save All button to implement the removal. Otherwise, the deleted achievement will be restored with the next page refresh. 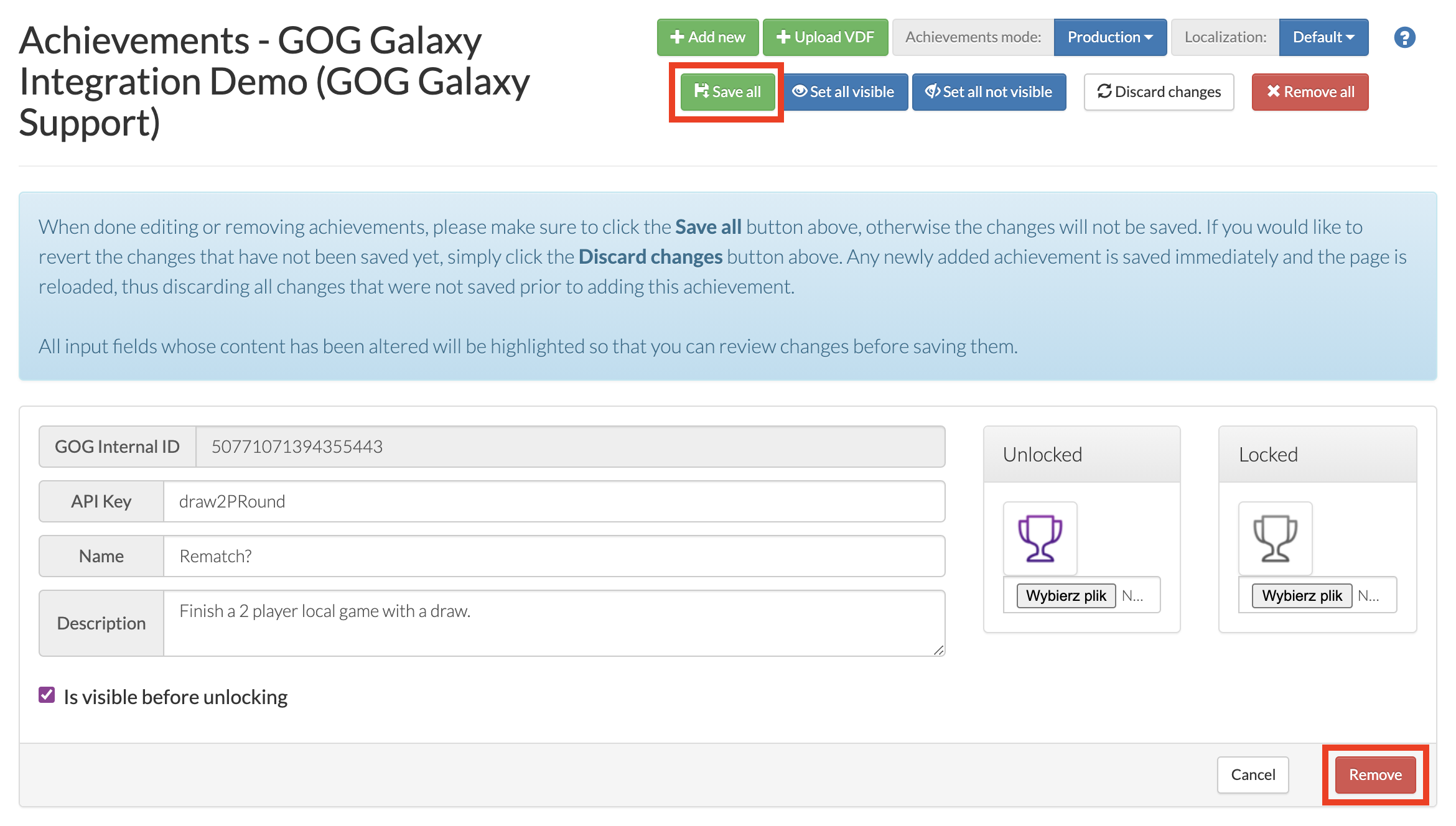 To add achievements imported from Steam:

When importing achievements from a VDF file to an already released game, please bear in mind that:

Achievements can be available in two modes: Production or Development. The chosen mode affects how locked achievements are displayed to players in the GOG GALAXY client:

To set a mode, just click the blue button next to Achievements Mode and select the desired mode:

If you want to provide localized names and descriptions for achievements in your game, you can do it here: