Feel free to use it as a reference point for implementing our features into your game!

Although the GOG GALAXY SDK is written in C++, a C# wrapper is also available. The SDK and the wrapper are available in a number of releases: a 32- and 64-bit MSVC version, an OSX release, a UnityPackage (specific to the Unity Editor), as well as Xbox One and PS4 releases. All releases are available for download from the GOG Developer Portal: 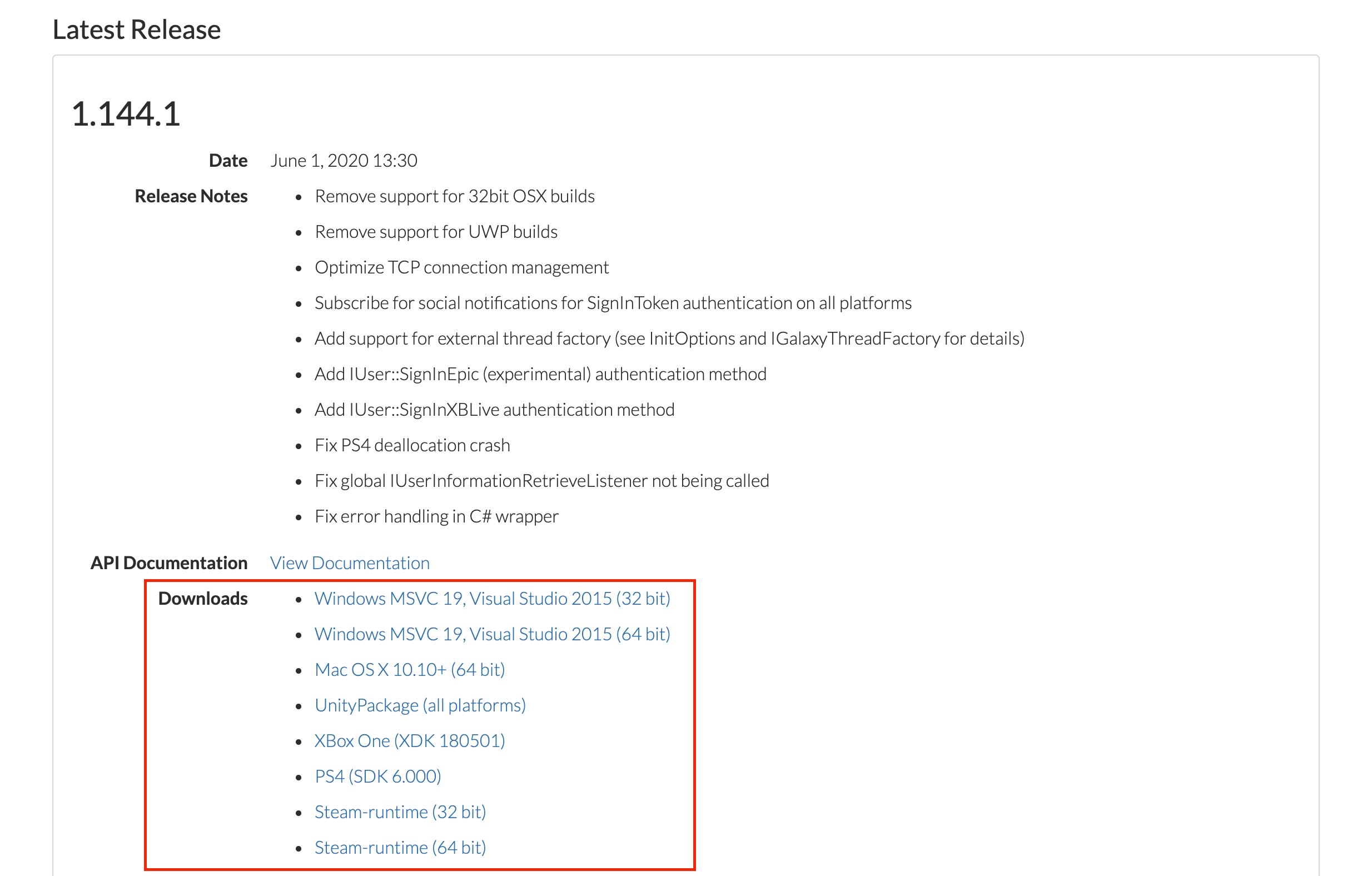 This tutorial focuses on the UnityPackage release.

When you create a new build of your game, another package script (RedistCopy.cs) runs instantly after the build process is complete (in the “PostProcessBuild” phase). This script makes sure that your new build includes the correct distribution of the GOG GALAXY SDK libraries. Once the game is built, you should be able to see these libraries in your game build folder.

Both processes should be seamless and the only thing that you will need to do is import the package to your Unity project. When your Unity project is ready, you can proceed to the next part of this tutorial, where we cover the GOG GALAXY SDK implementation in more detail.