The GOG GALAXY SDK provides access to Encrypted App Tickets, which can be used by a game for seamless GOG user authorization in any third-party backend.

Encrypted App Tickets are created and encrypted in the GOG GALAXY backend using a shared Private Key. The game can request the ticket for the current user, and the ticket can be passed to any third-party backend that also knows the Private Key and will be able to decrypt the data and thus confirm the user’s identity and their license for the game. The whole process is shown on the following picture: 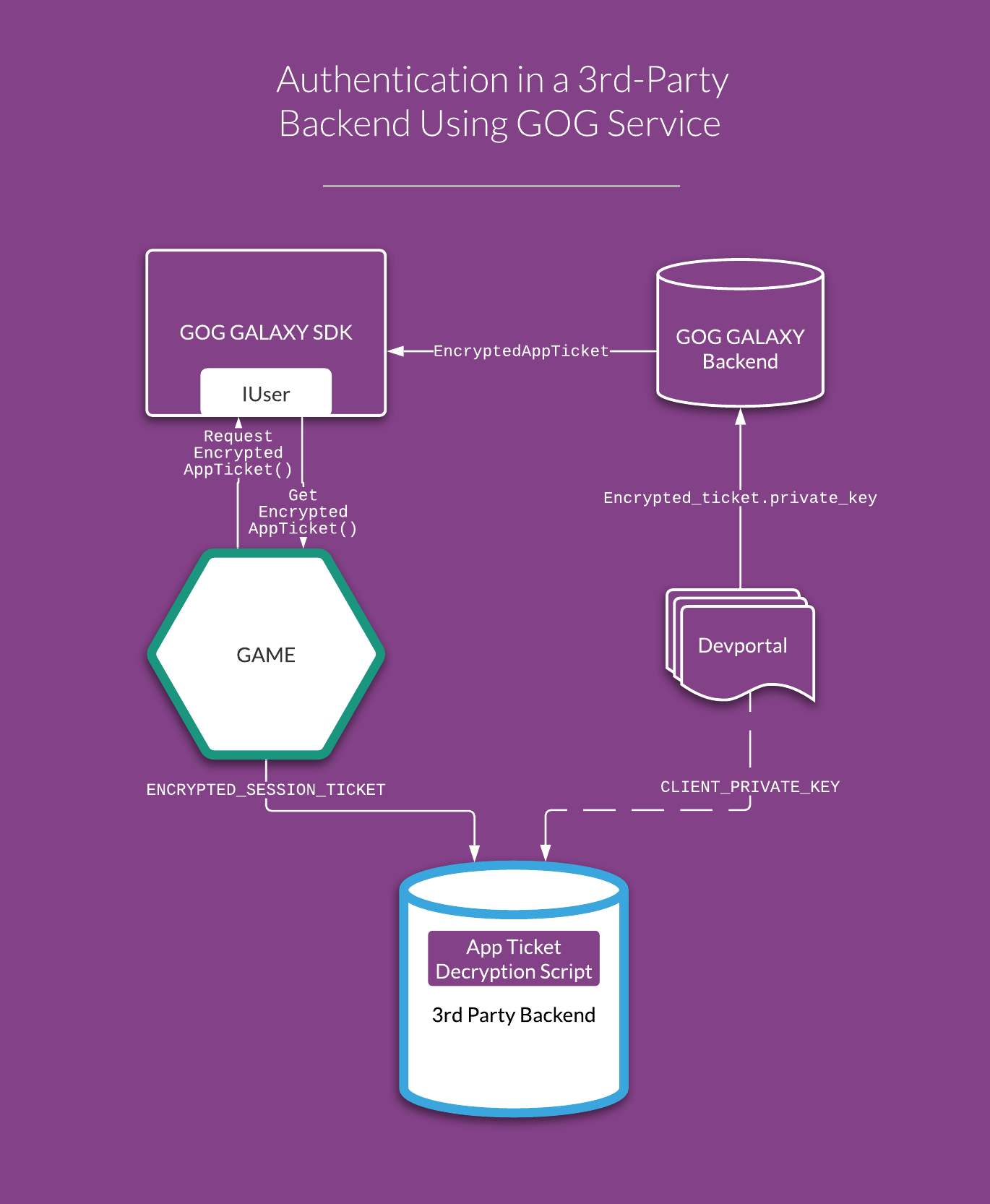 Using the Ticket in a Third-Party Backend¶

In order to use the ticket, first you will need to transfer encrypted_ticket.private_key for your game to your backend service:

The following scripts are sample implementations of decoding EncryptedAppTickets in a third-party backend.

In our GitHub repository you will find a simple PHP library which decodes encrypted tickets. The script below makes use of this library in a PHP-based backend.